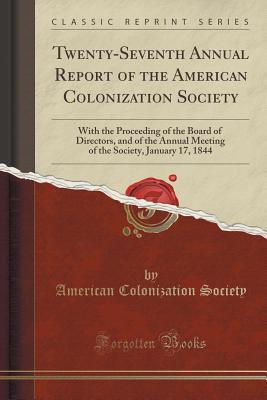 Twenty-Seventh Annual Report of the American Colonization Society: With the Proceeding of the Board of Directors, and of the Annual Meeting of the Society, January 17, 1844